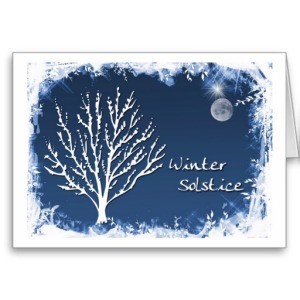 Happy Winter Solstice, a day celebrated for time immortal. Now held on Dec. 21-22, while on ancient calendars, it took place on Dec. 25. For the Celts it marked the celebration of both the shortest day of the year (and hence the day with the most darkness) and the rebirth of the sun. One of the reasons for the rapid propagation of Christianity was the willingness of Christian leaders to incorporate the rituals, beliefs and customs of other religions. Few of the ancient displaced religions were more assimilated than the Druids, Wiccans and Pagans. After the Viking invasions, the Winter Solstice also became known as Yule, derived from the Anglo Saxon “Yula” or “Wheel of the Year”. Originating in Scandanavia, “Yultid” was the festival celebrated at the twelfth month and was the twelfth name of Odin, was, according to legend, came to earth in December, disguised in a hooded cloak. He would sit awhile at the firesides listening to the people, and where there was want he left a gift of bread or coins, much a like our modern day Santa Claus! Even his elves are the modernization of the “Nature Folk” of the Pagan religions! 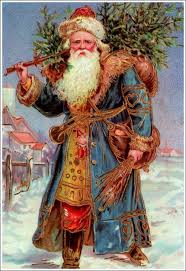 Decorating the Yule tree was also a Pagan custom. Bright colored decorations would be hung on the tree (usually pine) as a symbol of various stellar objects of significance to the Pagans….the sun, moon and stars, and also to represent the souls of those who died in the previous year. Later, burning candles were placed on the tree. Also, the practice of gift giving evolved from the Pagan tradition of hanging gifts on the Yule tree as offering to the various Pagan Gods and Goddesses. The custom of burning an ash Yule Log was performed to honor the Great Mother Goddess. It was lit on the eve of the solstice, using the remains of the log from the previous year, and was burned for twelve hours for good luck!

Most of the greenery we use today for our Christmas decorations is associated with Winter Solstice. For instance, the Holly tree flowers in summer and bears its fruit in the winter.

It is guardian of the waning year and holds the wisdom of the dark time. It symbolizes the strength of the hearth and home, and its prickly leaves offer protection against hostile energies. The Druids would put it out as a kind gesture to tiny faeries who might use it as a hiding place! So when you use holly the Christmas, while honoring your Celtic heritage and making your house look nice, you may be providing the invaluable service of providing shelter to tree fairies and protecting your home from malevolent spirits! The Mistletoe is regarded as extremely sacred, and means Àll Heal`because of its special powers. It is associated with productiveness, trustworthiness, fertility and overcoming suffering and difficulties. Ancient Celts believed the Mistletoe possessed miraculous healing powers and held the soul of the tree. It was also believed to be a bit of an aphrodisiac, hence the modern day use of hanging it overhead to receive a kiss from your love!

These and more customs are still practiced today. Usually we don`t know where they came from or their significance. But these ancient customs and traditions are a celebration of ancient times. Tomorrow, the day will be a little longer, the darkness a little shorter! So whether you hang holly and mistletoe, burn a Yule log or wait for Santa with your family, you are doing as your ancestors may have done centuries ago! How beautiful is that! Merry Christmas and Nollaig Shona!