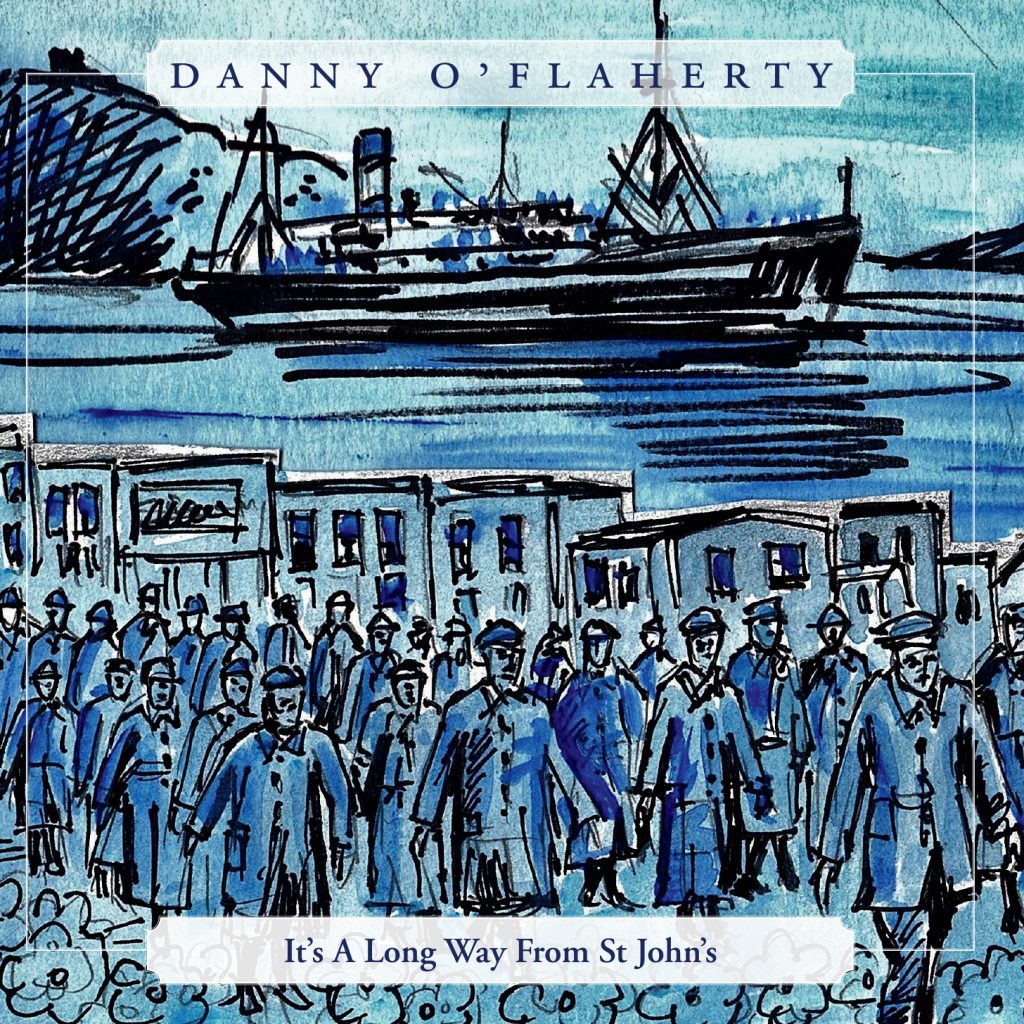 August 1, 2018
Danny O'Flaherty
Buy on the Shop
Available on iTunes
Buy on Amazon

On October 4, 1914, the S.S. Florizel sailed from St. John’s for Europe carrying 500 Newfoundlers to fight in the Great War.  They were joined over the next nine months by a thousand more.  Almost all were young men.  Few had any military experience; few had ever traveled far from home.  They had lived intensely local lives in St. John’s and in tight-knight largely rural fishing communities scattered all around the Newfoundland shore.  Known as the Blue Puttees from the improvised blue woolen material used to fashion their legwear, the regiment arrived in Gallipoli in August 1915.

In a brutal battle made famous in a song by Eric Bogle’s haunting “And the Band Played Waltzing Matilda,” 43 Newfoundlanders perished.  Close to a year later, the Blue Puttees arrived in the Somme.  On July 1, 1916, some 776 Newfoundlanders were ordered to attack at close quarters a much better equipped German Division.  Only 68 answered the roll call the following morning.  It was a carnage that is seared into Newfoundland memory and identity, making something of a coming of age and a loss of innocence.

Danny O’Flaherty captures the essence of this human tragedy in twelve beautifully composed and richly evocative songs from the war.  They stand as a memorial not just to the fallen but to mothers, wives, children, sweethearts, families, and friends left behind.  They are songs of sacrifice, of love and appalling loss.

*Canadian Purchasers Note: It’s A Long Way From St. Johns is available directly from The Royal Newfoundland Regiment Museum in St. Johns (www.rnfldrmuseum.ca).  100% of the proceeds from purchases through this site benefit the museum.