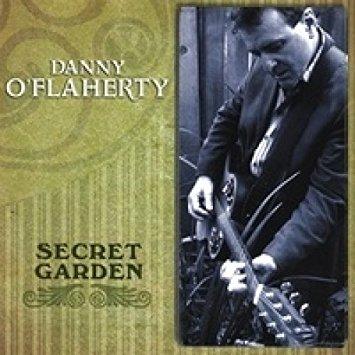 Though he may call Jasper, Texas home these days and his French Quarter pub has been long eradicated from the sonic landscape, Danny O’Flaherty is as much a New Orleanian as he is an Irish ex-pat. His best outing to date could be very well subtitled “The Hurricane Memoirs” as much of this material was inspired by the worst one-two knockout punch (Katrina, Rita) this nation has ever witnessed. (O’Flaherty evacuated when Katrina come stomping in, then weeks later while on tour in Ireland, his southeast Texas-based family evacuated again to escape Rita.).

The disc’s crown jewel, “Coming Home to You,” was literally written when O’Flaherty and son Liam evacuated that black Sunday, making the Crescent City reference “Will we ever see you like you were before?” that much more chilling. “Here in the Heart of Our Memories” serves as the cathartic answer song as the chorus cries out, “My dear, my dear, there’s nothing to fear. / It’s time to start over again.” Possibly the only Gaelic language recount ever recorded, “Droch Sceal Go New Orleans” (“Bad New For New Orleans”) was actually recorded for Irish television so every Gaelic speaker, regardless of ability, could comprehend Katrina’s destructive wrath. Throughout, O’Flaherty touches upon Irish culture while consummating the imagery with warm, reassuring, Irish-accented vocals that hover above all.