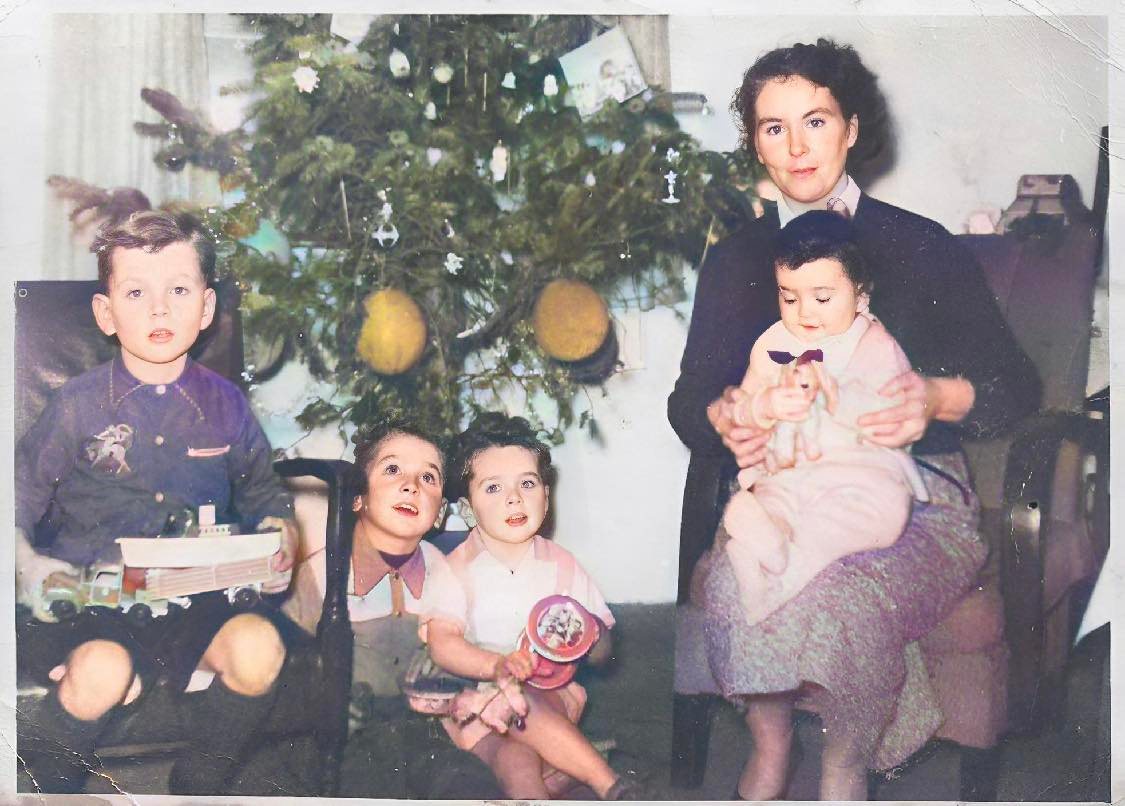 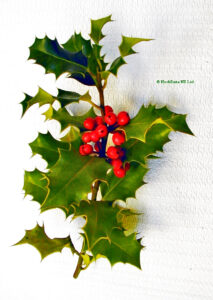 My favorite time of year growing up in Connemara was always Christmas time. A special feeling would settle over the village with the start of December. The preparations would start with the older children going out to cut holly and ivy in different sizes which would be put on the mantle over the hearth, along the windows, around pictures and over the doors.

Christmas Eve was a special day. After the chores were done, we’d get the candles ready for the windows. The candles would be lit by the youngest child in the family after sunset. The candles lit the way for Mary and Jospeh should they pass through on this holiest of nights.

We’d walk about 3 miles to midnight mass at the church in Kilkeerin. There was an air of anticipation and excitement in getting bundled up in your hats and coats and venturing out in the cold December night air. The church would be full with people from our village and neighboring ones. The choir would sing in Latin and Gaelic and it was magical.

When mass was over, we would walk back home. Tiny pinpoints of light scattered across the darkened countryside. In this modern age of electricity, it’s hard to imagine the utter darkness in the 1950’s. On the holiest night of the year, flickering flames beckoned in every window, lighting the way for the Christ Child. The aroma of peat from smoke rising from the chimneys remains with me to this day.

Christmas morning, we would wake early with excitement. Mommy would tell us Santa came down the chimney and left us presents, which would consist of some fruit, a couple of sweets and maybe a toy. Next, we’d get ready for the biggest meal of the year…Christmas dinner. The meal was usually a goose with all the fixings, including potatoes, turnip, carrots, parsnip and gravy. The thought of this makes me hungry! For dessert, there would be Christmas fruit cake with marzipan and icing and custard over warm plum pudding.

We’d spend the evening getting ready for the next day! December 26 is known as St. Stephen’s Day in Ireland. Young boys spend the day visiting neighbors with the holly bush to perform the song of the wren and are given money, such as six pence or a shilling.

The rest of the season was spent with family and friends.

Storytelling, dancing and parties in the homes of neighbors and relatives kept everyone busy and entertained for the full twelve days of Christmas. Finally, January 6, known as twelfth night or the epiphany, also known as Nollaig na mBan, or Women’s Christmas signified the last day of the season!

Whatever your traditions are for the Christmas season, I wish you joy and peace with family and friends.

There are 2 comments on An Auld Connemara Christmas