Ten Years After Hurricane Katrina ~ The Magic’s Still There 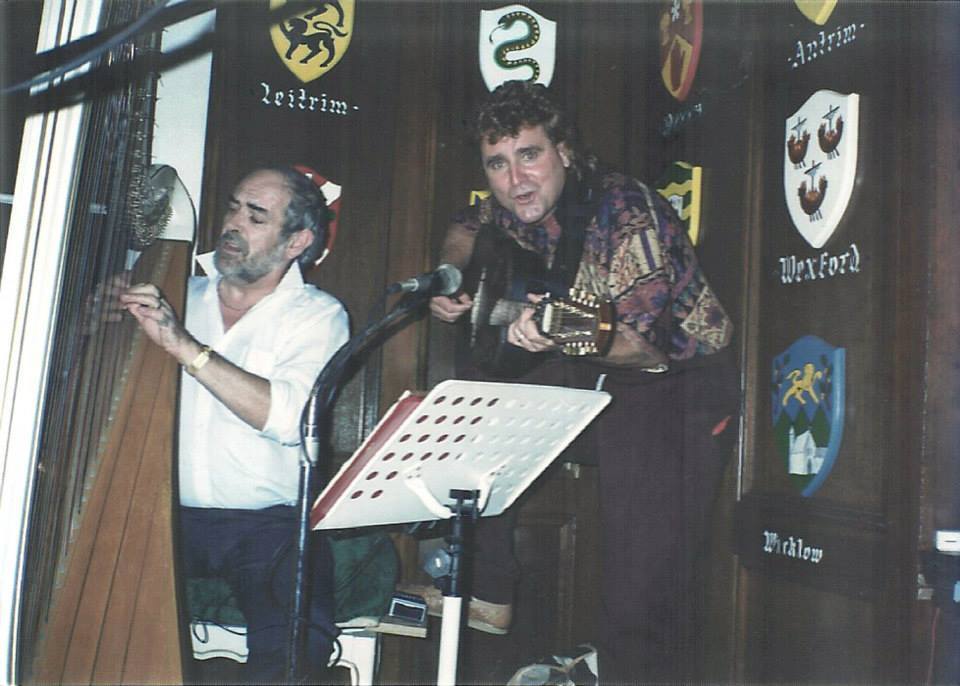 This month marks the 10 year anniversary of HURRICANE KATRINA, the fourth most intense Atlantic hurricane on record at the time, only to be surpassed by Hurricanes Rita and Wilma later in the season. She ravaged NEW ORLEANS with a 28-foot storm surge and 2 feet of rainfall. The water easily breached the city’s old levee system in about 50 places and damaged half its water pumping stations. By the time the storm had passed, 80% of the Vieux Carré was submerged under water. There would be over 1500 deaths, and many more people displaced from their homes. Some have never been accounted for. But through her resilience and spirit NEW ORLEANS rebounded.

I am originally from Connemara, Co Galway, but have lived in the US for the past 40 years. I am a singer, songwriter and entertainer, and have have spent much of my life dedicated to preserving and promoting Celtic Culture, particularly in the South. Hurricane Katrina was devastating to many, many people, myself included. In 2005, I was living in New Orleans and was heavily involved in teaching about and celebrating the Celtic culture to Irish Americans, and to anyone who was interested.  I owned and operated O’Flaherty’s Irish Channel  Centre. O’Flaherty’s was my dream come true. It was a place where we could teach Irish dance, speak our native Gaelic language and listen to and play Celtic folk music. We had a courtyard where we would have special outdoor concerts and weddings, and even held Mass there on occasion.  There was a restaurant and a pub, and many famous musicians came to play in the Ballad Room, including Tommy Makem, Eric Bogle and Danny Doyle.

Soon that would all change. While we didn’t know it at the time, the 2005 hurricane season would become the most active Atlantic hurricane season in recorded history shattering numerous records. On Tuesday August 23, the National Hurricane Center in Miami, Florida, issued its first advisory about the tropical system that would become Hurricane Katrina. By Sunday, August 28,  Hurricane Katrina has mushroomed into one of the most powerful hurricanes ever to form in the Atlantic and The National Hurricane Center described Katrina as a “potentially catastrophic” hurricane.  That day my son Liam and I were at O’Flaherty’s Irish Channel Pub in the French Quarter. I remember looking at the sky and it was full of dark, menacing colors. I knew then that we had to leave the city as this was going to be dire, like nothing else we had ever experienced. The sky was an ominous mixture of reds, blacks, yellows and greens. It looked wild and crazy. The winds were picking up and the highways were jammed. Thousands had already left, and many thousands more had left it until the last minute. I was one of those. At 4:00 pm we hit the road. It would be 8 hours before the hurricane hit landfall.

I went east toward the hurricane, thinking most people would drive away from the danger. Along the way we could see fisherman frantically taking their boats out of the water, and people boarding up there homes. There was a sense of  foreboding in the air. I started to realize I had stayed too long and should have left days before. The highway going east was jammed with traffic, and I started to believe we would be caught on the highway, with no protection and no way to stay safe. I started to feel hopeless, and scared for our safety. My son, Liam, was just 14, and was trying his hardest to be brave, but I could see the tears in his eyes. Just when all hope seemed gone, my daughter Tara called to see how we were doing. At this point the winds were blowing, the waves getting higher and the skies darker and I had run out of ideas of how to get us to safety.  Like an angel, Tara used satellite imagery to guide us to safety. She directed me on which roads to take to get us to safety. She continued this for 5 hours, taking us through neighborhoods and towns until finally at 0300 we pulled into Monroe, Louisiana, which was 300 miles North of New Orleans. I have thought about that many times over the years, how from thousands of miles away, my daughter directed her brother and I to safety, potentially saving our lives. There are no words to express how grateful I am to her for that.

That night we stayed with friends. We were thankful to get a few hours sleep, and when we woke at 9:00 am we were relieved! It seemed that New Orleans had been spared. Katrina had passed through, but caused no significant damage. It seemed we would be able to return to our beloved city the next day. However, the worst was yet to come. At 12:00 noon, a news report stated there was a breech in the levee. An hour later, another levee breeched. More reports of more breeches followed. New Orleans sits in a bowl, and it is below sea level.The levees were built to keep water out. Once they are breeched, there is no way to stop the flooding. I knew at that moment that life as I had known it was over, that New Orleans would be devastated, her people scarred forever. My hopes and dreams of continuing to spread the Celtic culture through rowing, regattas, concerts and so much more were destroyed. I couldn’t hold back the tears any longer.

It was a week later before anyone was allowed back in to the city. My first thought driving into the city was that it was like a war zone. There was death and destruction everywhere. If you think about what it would look like at the end of the world, this was it. Over 1600 people were dead or dying, and thousands more had fled, many never to return. There was no light, just darkness-no sounds, just deafening silence. Everything was under water, people were on their rooftops waiting to be rescued. You could smell the decay in the air. Toxic poisonings from the refinery and the chemical plants had bled into the standing water. To this day, anyone who was exposed to this poison are still experiencing health problems.

The National Guard were riding around the city in army jeeps, armed and ready to fire.  Multiple police departments from around the country had come to help try to resist order and peace because there was no law and order. There was widespread looting. The LA National Guard had just been deployed home from Iraq. They were quoted as saying that what they witnessed in their home city was worse than anything they had experienced in the war torn country of Iraq. Hospitals were loosing their generator power, there was no food. There were no sounds of life…no birds, no music, no anything. Just death and decay and devastation.

As a singer and song writer, I was able to turn to music to ease the pain slighting in the clean up phase of Katrina.  In the years that followed I wrote an album called Secret Garden. The album celebrates the magic and mystery that continues to live on in a city full of secret gardens and magical courtyards. So many people lost so much in the natural disaster, yet in the face of adversity, they found the strength to start over. I wrote “Droch Sceal Go New Orleans“ which means “Bad News for New Orleans”. I wrote it in my native Gaelic language because I wanted people at home in Ireland to understand the trauma this city had experienced. It was part of a documentary I did for Irish TV. Coming Home to You is another song on the album and was  written when  Liam and I were evacuating  the city that Sunday as the black clouds rolled in. The line  “Will We Ever See You Like You Were Before?” makes reference to the fact that, as I looked back over my left shoulder,  I knew the city we would come back to would not be the city we all Knew and loved.  The album is dedicated to the beauty and magic of New Orleans. It is about the city’s hope, rebuilding and triumph over the destruction and despair. The magic’s still there.

There were many losses, many tears and many fears in the months and years following Katrina. I lost my home and  O’Flaherty’s Irish Channel Pub was forced to close. I relocated to another state to start over. There were also many lessons to be learned. No matter what life hands you, you have the ability to rise above it. Never let adversity dim your light and your love for life. Keep singing and dancing and most of all, always remember to do good whenever you can. Ten years later the city is still rebuilding. The magic’s still there!

New Orleans was home to me for many years. Her soul and spirit have etched a place in my heart that will always remain. Here’s a song to reflect the magic of New Orleans ~